Wander with S and see one of Philippine Islands’ best!

It’s becoming a habit, booking flights or going elsewhere during my or Mark’s birthday month. And every time Palawan is always on top of our minds. It was only almost half a year ago when we chanced upon a seat sale in Cebu Pacific. And I booked it in a heart beat, no questions asked. How could you not when a round trip ticket will only cost you Php 1,300+? Even Mark’s cousin and my good friend Rizaly didn’t hesitate. So there we were, 3 excited souls, ready to explore one of the best islands in the world.

Fast forward, February came. We didn’t have concrete plans, nor booked our hotel room. We decided, let’s go to Palawan and let nature takes it course. The only thing we agreed on was to go to El Nido even if it’s almost 6 hours away from Puerto Princesa. I mean, why not, right?

Mark, however, had contacted someone so that we could rent a car for a Puerto Princesa City tour which costs Php 1,500. We split the payment into 3 but if you have bigger group, let’s say 5 (which can be squeezed in inside the car), it’ll be lesser cost per person. For the whole afternoon, we went around the city and visited the following: 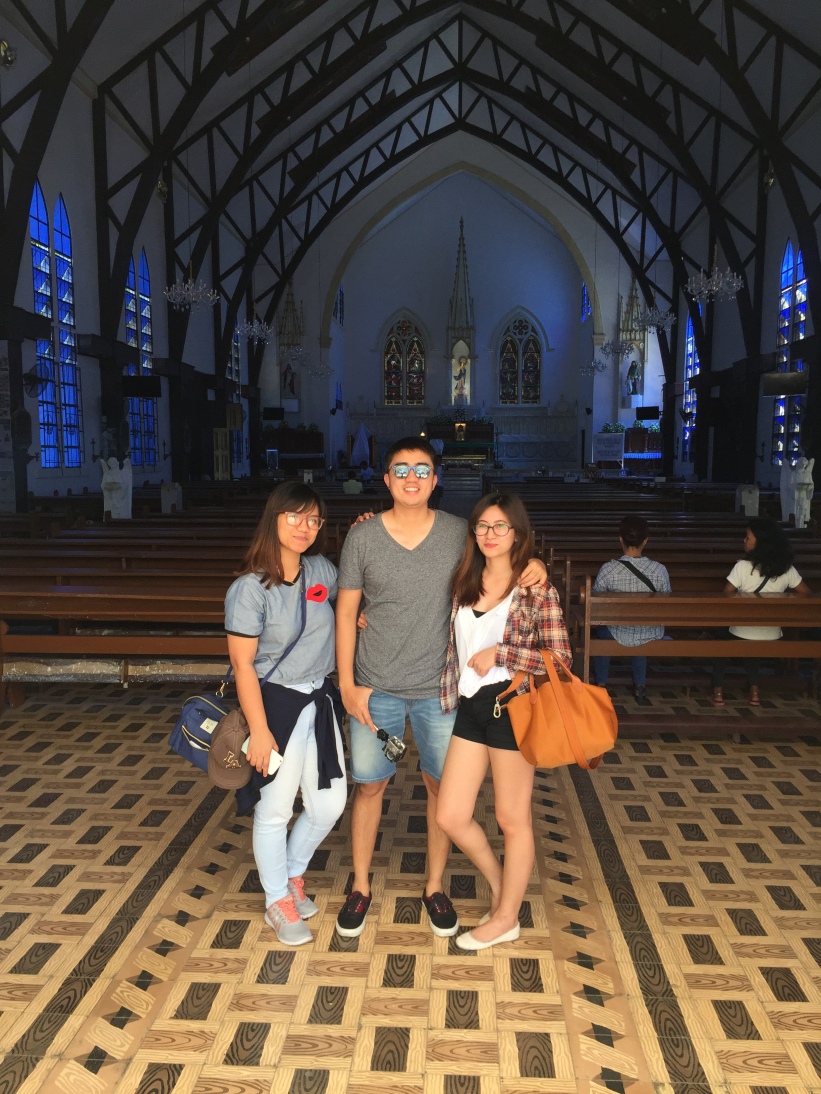 My face was literally glued to the airplane window the moment we’re losing altitude because I wanna see Palawan on top and boy, I was mesmerized! The world is so beautiful and experiencing it at first hand is a blessing. 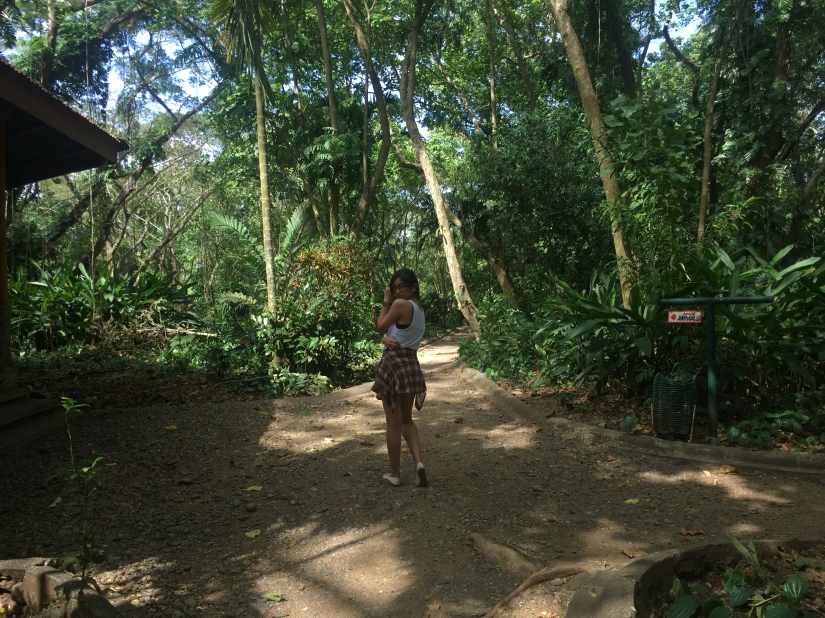 Touchdown, and we’re officially in Puerto Princesa! I couldn’t contain my excitement I wanna tear up! Going out is such a breeze, no long lines or whatever. We took the touristy photo inside the airport bearing the name of the wonderful place we’re at. Then we loitered outside the airport because we can’t find our contact! After Mark called him, however, we found him and took us inside their travel agency office and we paid the necessary fees. We also booked the van we will be riding later that afternoon that will take us to El Nido. 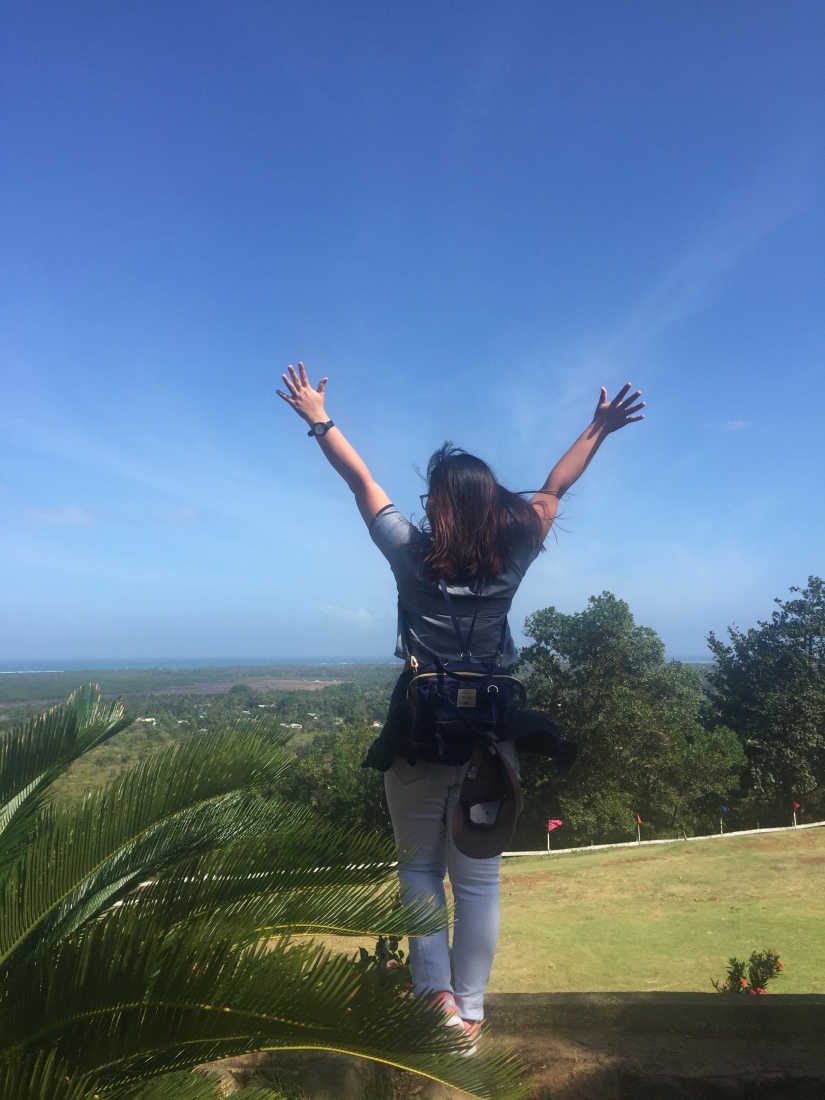 After all the necessary things we needed to fix with them, we were off to experience the City Tour. Mark’s been there once so he pretty much have an idea on how Palawan looks like. But Rizaly and I were clueless and don’t have any expectations at all. But we’re impressed nonetheless. As I have told them, my first impression on Puerto Princesa is a lot more favorable than with my impression on Cebu–maybe because of the traffic which welcomed us back then. (I still love Cebu and will come back again!!!) 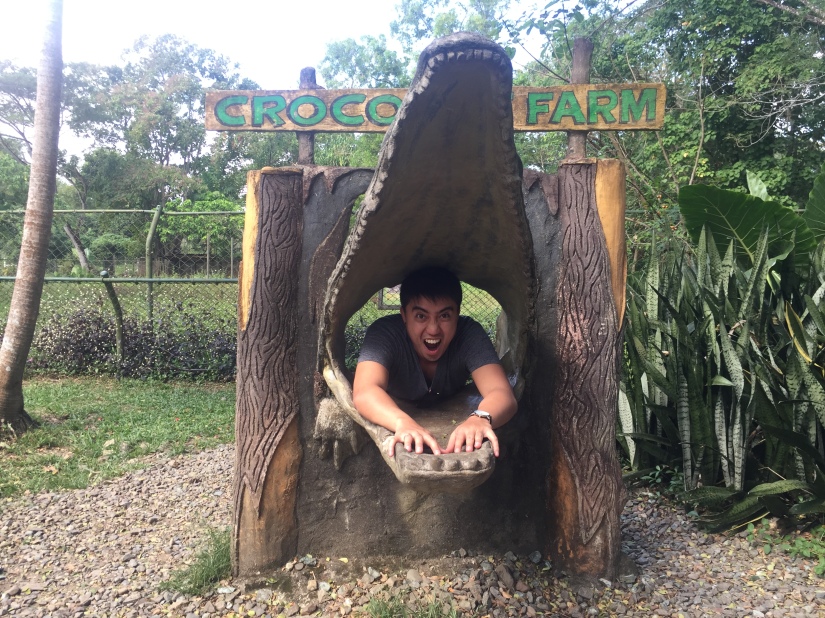 We roamed around the city and our first stop was the Immaculate Conception Cathedral. I always try visiting a church whenever I’m in a place for the first time and this was perfect! We didn’t stay that long though because of the line up of our activities and it was almost noon already!

We opted for a drive thru in Jollibee to save time and our next destination was the Crocodile Farm. I am scared of reptiles thus imagine my horror seeing live crocodiles, it’s making me cringe!

After visiting our “friendly” crocs, we went straight to Mitra’s Ranch. It was breezy up there and the view was stunning! I could stay there overlooking Puerto Princesa City all day! 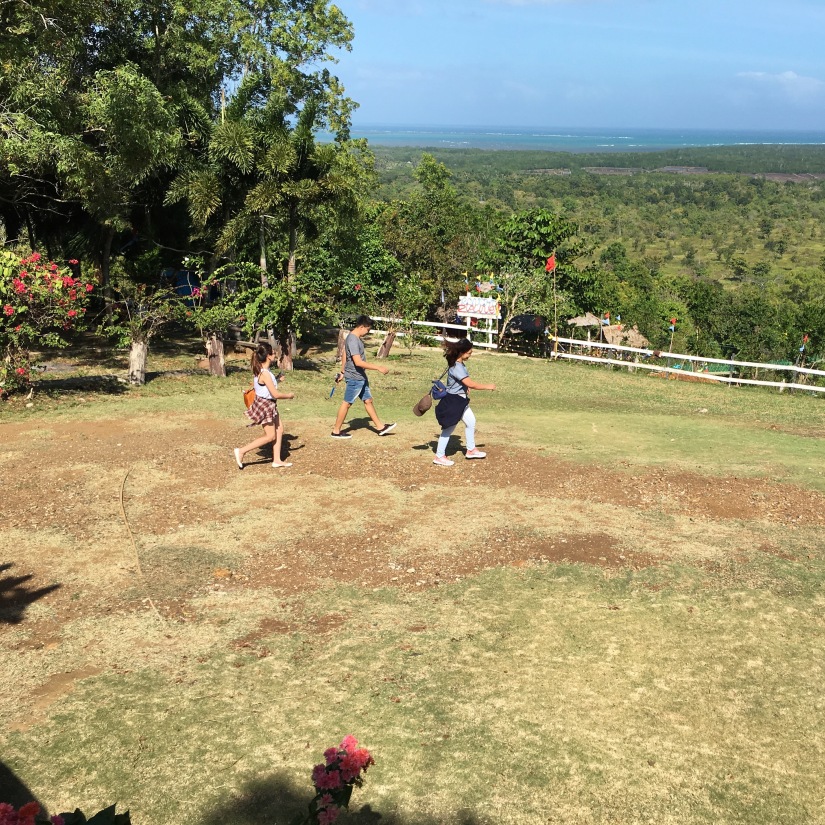 After letting ourselves cool down with Mitra’s Ranch windy hilltop place, we went to Baker’s Hill which was only meters away. It was beautiful and so much alive with all the vibrant colors of the trees and plants! Here, we also bought their special baked goods for pasalubongs. 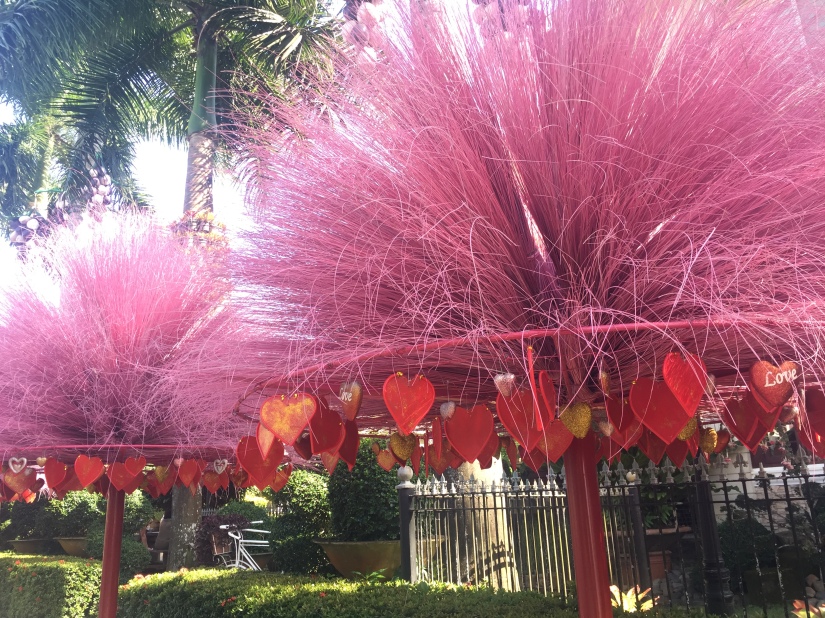 Onto our last destination for the City Tour — Butterfly Farm! Here we saw different exotic animals and I was anxious the whole time because I was afraid something might crawl into my body! LOL. Mark and Rizaly were brave though. 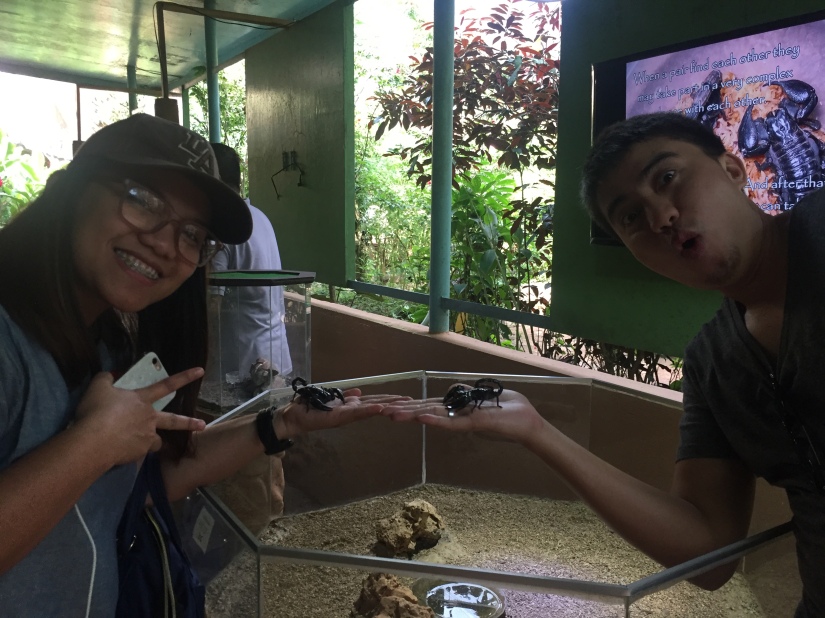 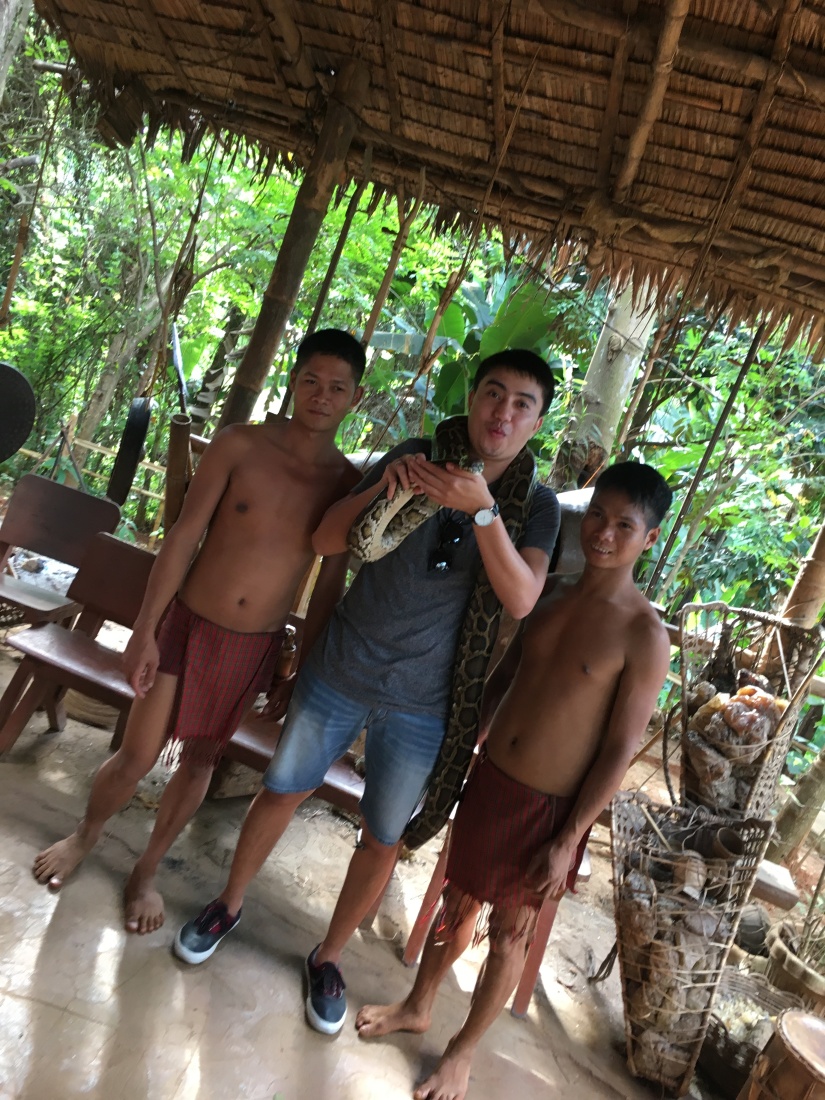 We had a great time roaming around the touristy spots of Puerto Princesa and by 5 in the afternoon, we’re more than ready for the long ride going to El Nido! The van we rented earlier picked us up at Robinson’s Mall and we were surprised to know that we don’t have co-passengers! The van was all for ourselves! Talk about comfort!

We arrived late in El Nido and we were so tired by that time. We didn’t pre-booked a hotel room so we had roam around the dark pa to look for a comfortable and cheap one. Good thing manong in the street helped us find one. It was a pretty decent room though the water was something I cannot bathe in for a long time. No choice lang kasi kaya pinagtiisan na namin. I forgot the name of the hotel though. We stayed there for two nights. 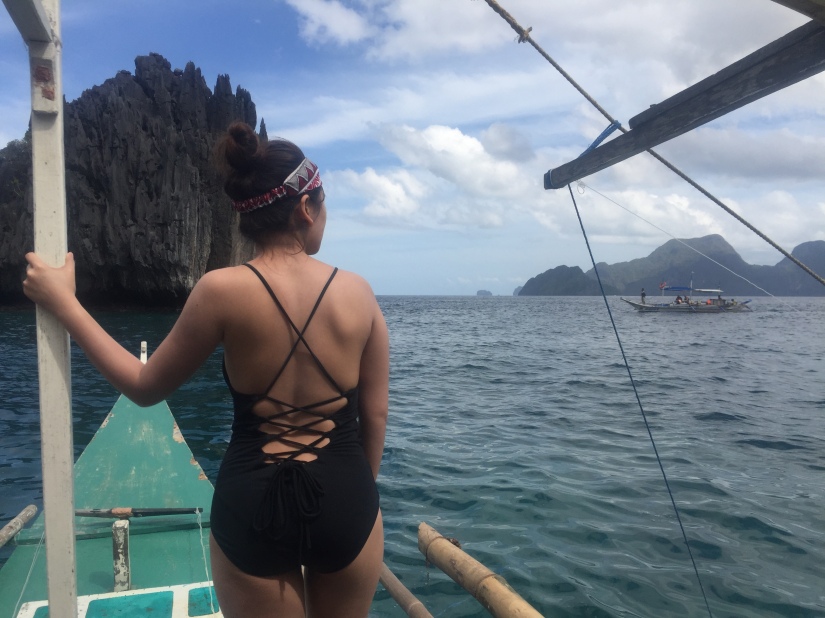 Morning came and we’re ready to see the wonderful islands of El Nido. We booked the tour and sadly during that time, coast guard was strict (maybe because of an emerging low pressure area) thus we only get to take the Tour A. Sigh. I just looked at it by thinking this can be another reason to go back. 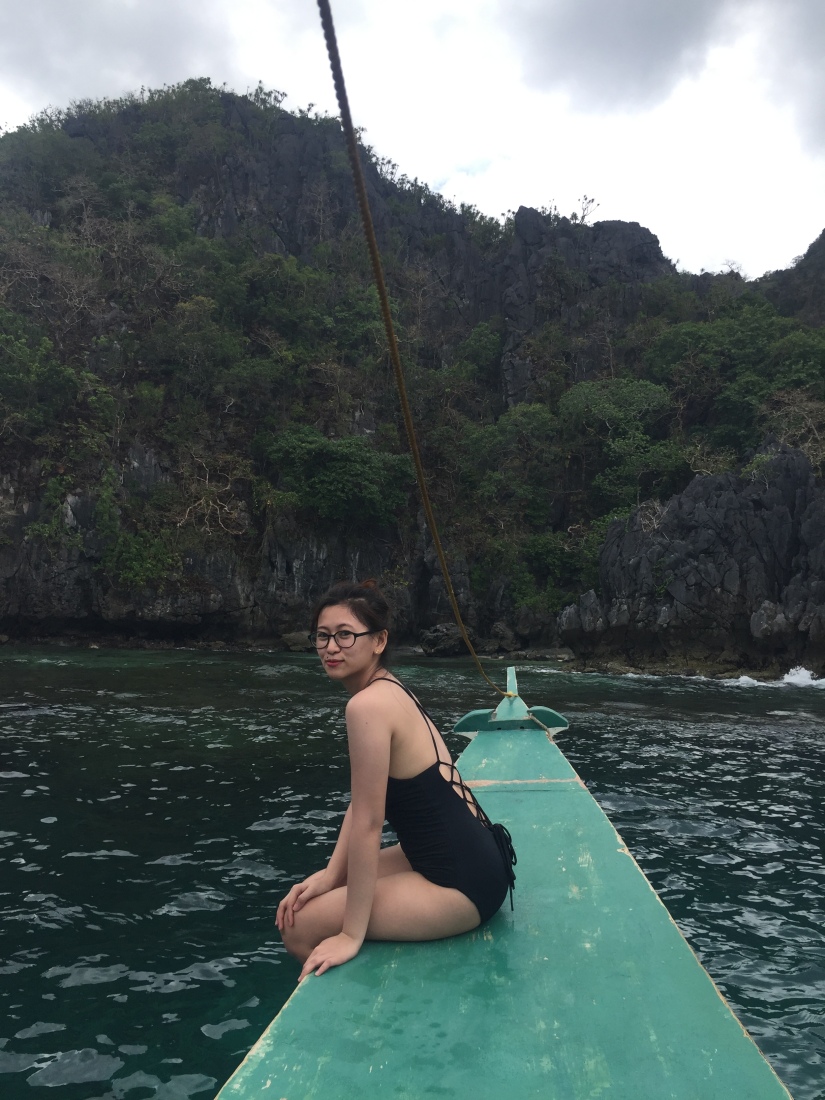 With no food in our tummies, we rode that boat and three giddy individuals let the wind take them to witness the beauty that is Mother Nature.

We were with a bunch of multinational groups. There was this couple from Spain, two licensed diver tourists from Italy, and a loner from Russia. It was quite interesting to be in that boat with those people.

The lunch was superb thanks to Manong magbabangka.

Rizaly was feeling sick during the start of the tour but instantly got okay after eating! 😀 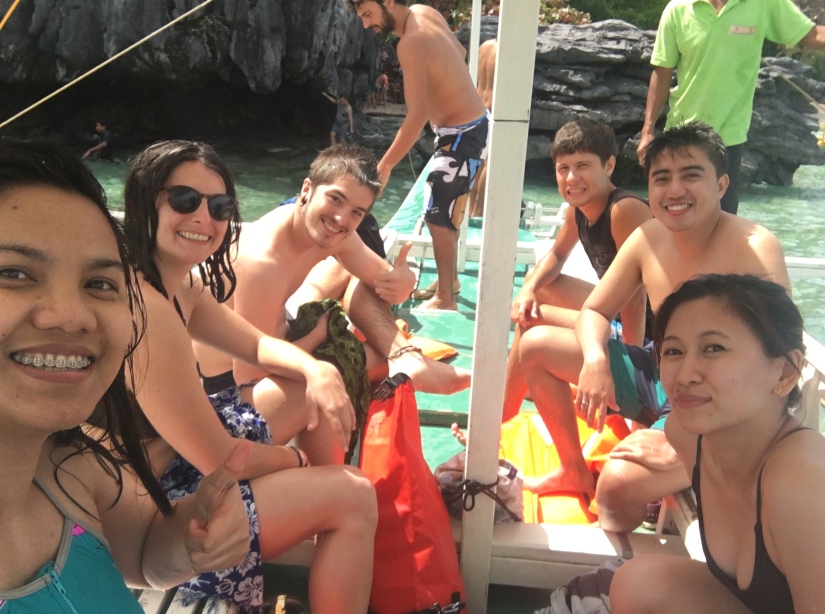 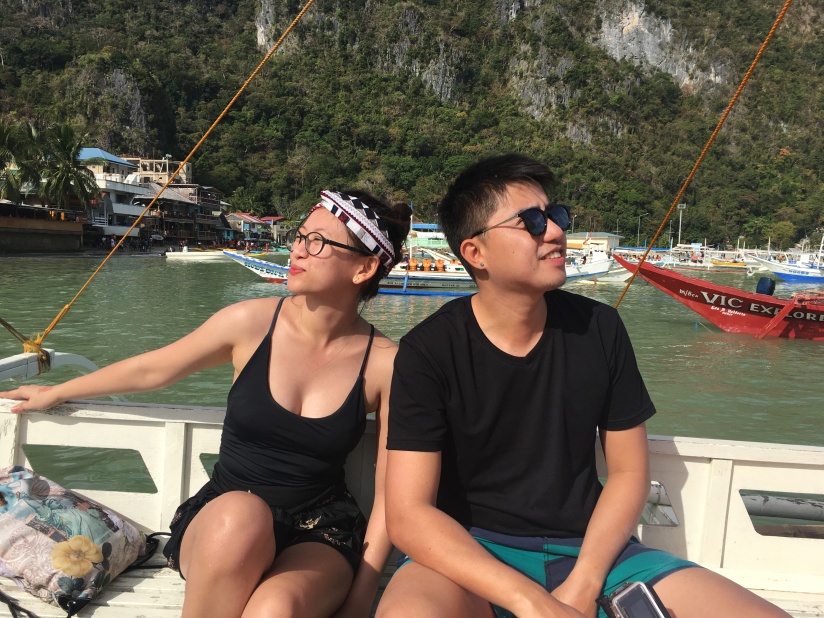 I feel like I will be coming back for more. Palawan, you’ve been great! Thanks for the memories!

To see more of our trip, watch this video I made here: