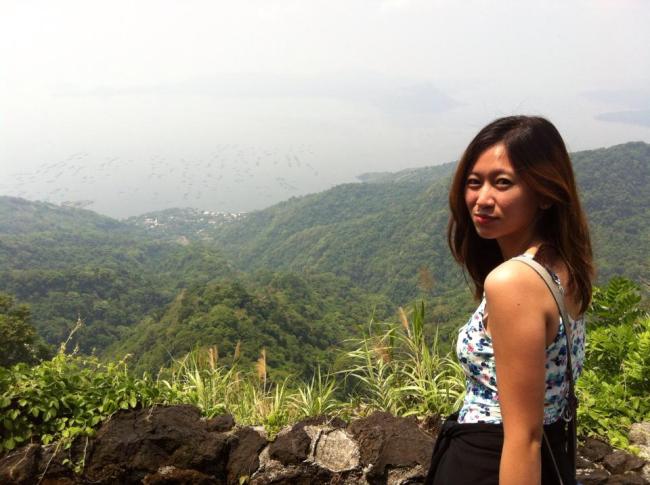 This was supposed to be a Palawan trip but due to many reasons it didn’t push through. Instead, as everyone of us were kids at heart, we decided to go to…Enchanted Kingdom! 😀

It was such a downgrade compared to the mentioned stunning island, but I could still say this was a fun, fun trip!

After picking our uncle up in Taguig, we directly traveled to Tagaytay. I was expecting for the area to be rather breezy or cold but got disappointed when the summer heat welcomed us the moment we hopped off from the van.

Our first stop was the church. I forgot the name (I think it has Concepcion on it? Forgive my short term memory loss) but it was beautiful. We noticed the aisle decorated with flowers…ah, there’s a wedding to happen! 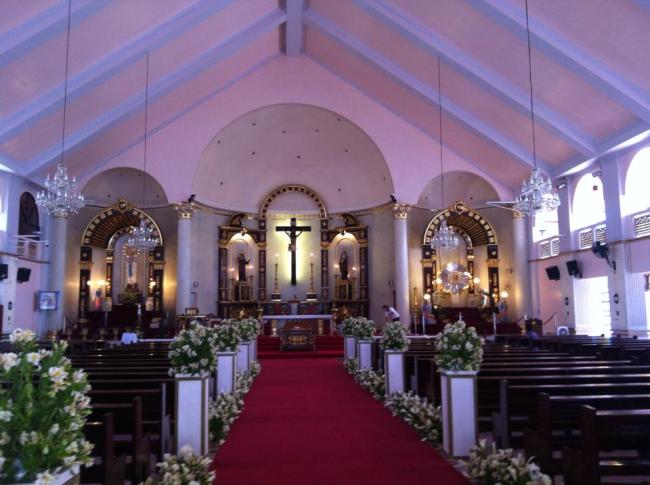 We also said our petitions inside a chapel where different colors of candles were lined up, each has their own meaning. I got almost every color and said my prayers. 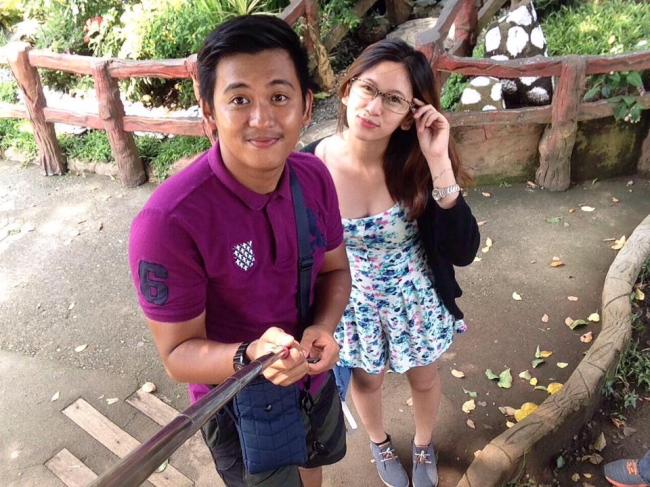 As our stomachs were already grunting of protest, we headed straight to Leslie’s to have our lunch. The food was great, specially the Bulalo! My mouth is watering as I am typing this. 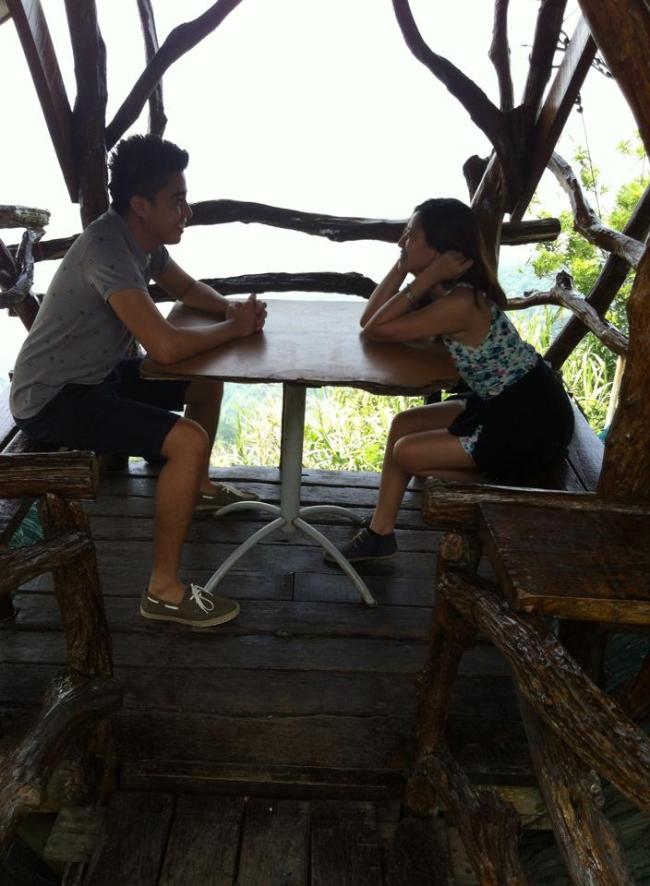 I didn’t get to capture the food because we were all so hungry. But got to take pictures after eating.

Do you hear the sound of nature. It was so peaceful. 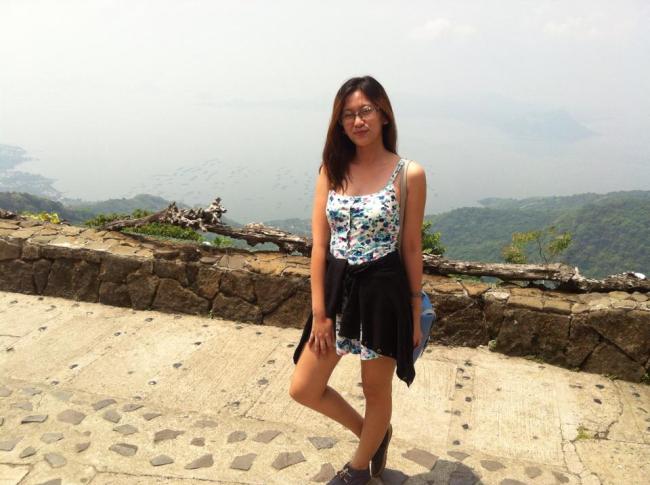 Now that our stomachs had been filled, we then headed to buy pasalubong–Blueberry Cheese, Buko, & Apple Tarts, Buko Pies, Pineapples, and Bananas! Ahh, Tagaytay you produced such sweets that could make me forget my name!

At this point, our van was already almost full and our pockets…lighter that we decided to go straight to our main destination. It was Friday and people were already lined up the moment we arrived. After getting our tickets, we entered the park and off we explored! Our first stop was the bumped car. I whipped my head hard several times but it was fun!

We rode next the super fast mini version of a roller coaster. It was still a shriek-worthy ride for someone like me who shrills all the time. Haha!

Cheesy under the Ferris Wheel. 😀

And me being wacky-ly funny! LOL.

We didn’t get to ride the Anchor’s Away and I don’t know why. But we had the time of our lives when we tried Rio Grande! I cursed the ride though after getting off it because I was wet all over!!! Good thing I brought extra clothes. Bummer. 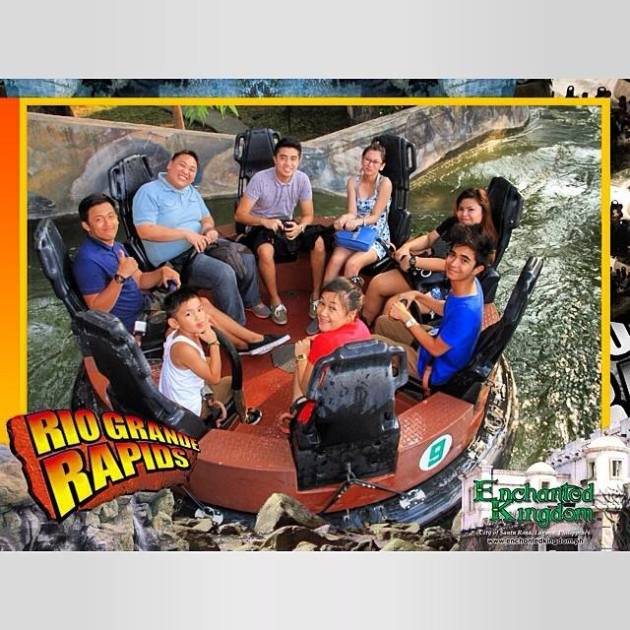 After changing, we were lured to get inside a horror house–Pagpag. At first it was scary, yes, but then I conditioned myself that those zombies weren’t real. I was at the front of the line and was pushed first in every room. Our group was hilariously panicked and I was there talking to a zombie and flashed a peace sign. Haha!

Ah, no, I do not have the heart and will to ride this scary ride! Thus the picture! Haha! Next to it was the Laser Mission which we enjoyed because it was like you were on a Mission Impossible movie and your goal was to deactivate the laser alarms. If I didn’t break lines I could have gotten the record!

We got dizzy on the last ride that we took thus the sunken faces. We were all tired at this point and just want to go home. We endured almost 4 hours of travel because of the heavy traffic! Imagine! But I’m with the craziest group and enjoyed our way home. Thank God we got home safe.