I had been rumbling about going to major festivals, local and internationals, for the past few years now. I get envious with people and/or celebrities flocking to destinations to experience these kind of celebrations, eg Sinulog Festival, Dinagyang, and so on and so forth.

But last Feb 24, I get to experience for the first time the much awaited festival in Baguio–the Panagbenga Festival or simply flower festival. It is a widely-known fact that most of the flower supplies circulating in the country come from the City of Pines. And making a big event out of these beautiful blossoms is just the right thing to do.

And so, to witness such beauty, my family and I went to Baguio last Sunday. We left Angeles around 12mn and got to the Lion’s statue by 3am! Yes, baby, that was fast, right? Our driver is a madman, I tell you. 😀 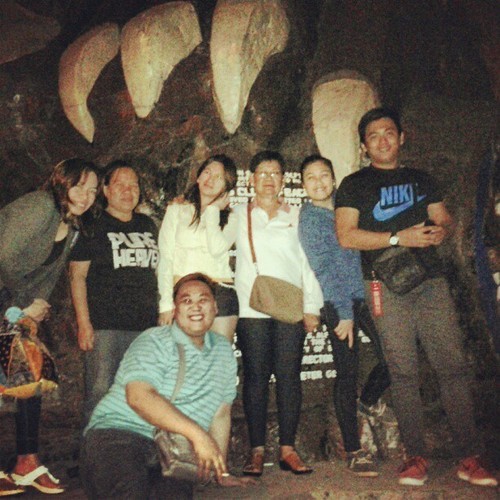 The obligatory-touristy photo opp with the Lion. Say ‘hi!’ to the Santos family. 🙂

The Grand Float Parade is the main event on that day which started at 8:00 am. And so during our waiting time we decided to roam around the city. We went to Baguio Cathedral to visit and pray. People were already taking their spots near the road as early as 5am! We were clueless because it was our first time but then everything became clear hours later when the parade started. We could not get through the crowd! It was crazyyy! 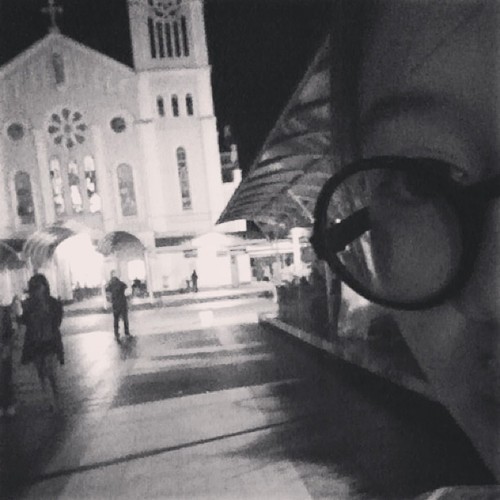 When you pray, be specific. Thank you Lord because You know what prayers I had that You will answer, whenever the right time is, and I will be ready. – my caption in this IG photo I posted two days ago.

We also went through the Ukay-ukays around the Burnham park, which were already closing by the time we got there. I also bought a Strawberry Taho which is to die for! Yummy, promise! Here with my soon to be sis-in-law, Hivon. Oh yes, braving the cold temp with my shorts and rocking these high cut rubber shoes! 😀

After getting tired, we went back to our van and ate our breakfast. Then we took a nap. By the time we got up, people were already out and waiting for the program to start. Roads were closed, over pass were full of people and the road was already flocked by tourists and locals alike.

At exactly 8am, the opening ceremonies had started. We were situated in Harrison Road, which was blocks away from Session road–the starting point of the parade. My legs were getting numb from the long time that I was standing, my necks been craned in many ways to get a glimpse of what’s going on because people in front of me block my view. This explains why I didn’t get decent photos from my iPhone! But these were all worth it when I saw the floats that were crafted by our creative fellowmen. They were masterpiece! And giant at that! The event was also graced by various actors and actresses of the country like the stars from Indio and Kailangan Ko’y Ikaw. Gary V, Shamcey Supsup, and Daniel Matsunaga (fangirl mode on again!) were also part of the floats. 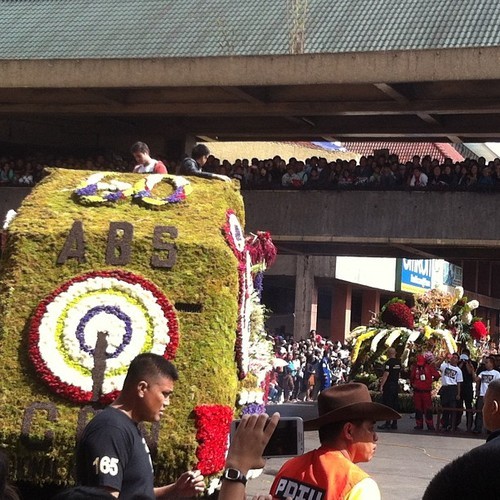 This was the ABS-CBN float–Robin Padilla and the other cast of KKI was there. Sad, Anne Curtis and Kris Aquino were not there.

After four hours of standing and appreciating the floats that passed by our spot, the parade had ended. And so we went back to our van. We decided to buy our pasalubong in the nearby palengke. After emptying our pockets, we then had our lunch. With our stomachs full, we went straight to Mine’s View. Promise, it was also crazy out there. The traffic, horror! The people in that famous place, so crowded! After dragging ourselves inside the MIne’s View and roaming around its souvernir shops, we took a walk towards Good Shepherd to by Ube jams. Then, as tired as we were, we decided to call it a day and head back home. It was a long 5-hour drive and I drifted in and out of sleep.

Thank you Baguio for the wonderful experience! Minnie and I hope to witness more major festivals around the country! Oh yeah!!! 😀